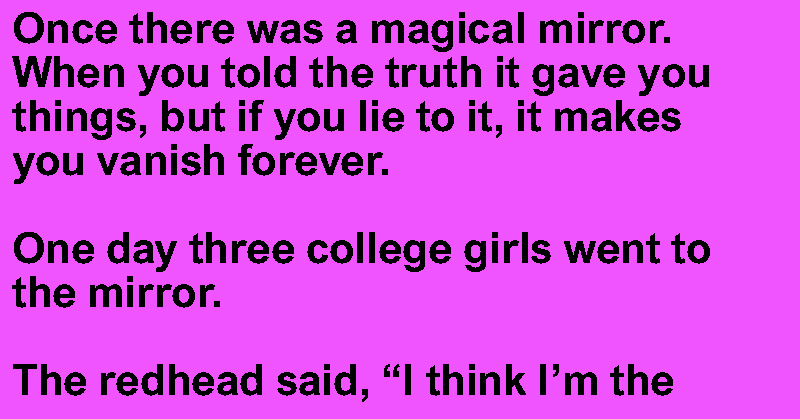 Once there was a magical mirror.  When you told the truth it gave you things, but if you lie, it makes you vanish forever.

One day, three college girls went to the mirror.

The redhead said, “I think I’m the smartest one.” Then she got a diploma, a scholarship and got accepted into all the colleges in the world.

The brunette then said, “I think I’m the prettiest one.” Then she got a Corvette, mansion, a good-looking boyfriend, and a lot of money.

Then the blonde said, “I think…” *poof*  Then she suddenly disappeared forever! The leader says, “Now that we have made the effort to bring together 80,000 of you in one place, and we have the worldwide press and global broadcast media here, uh, I guess we can give her another chance.” A Nurse Was Telling Fathers About Their New Babies. 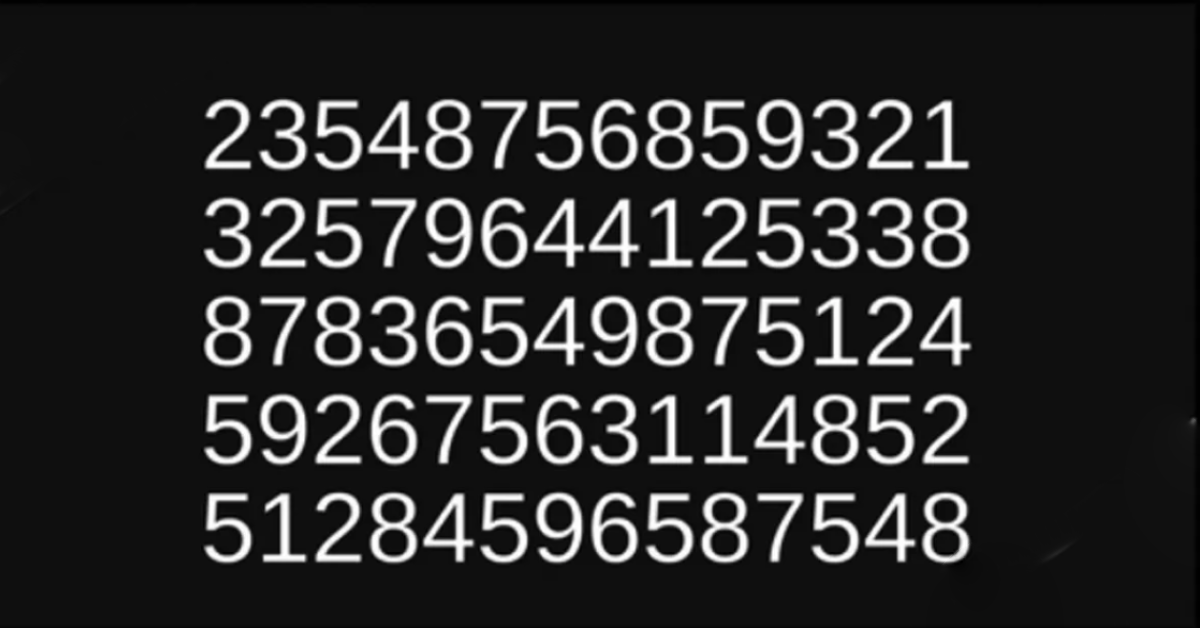