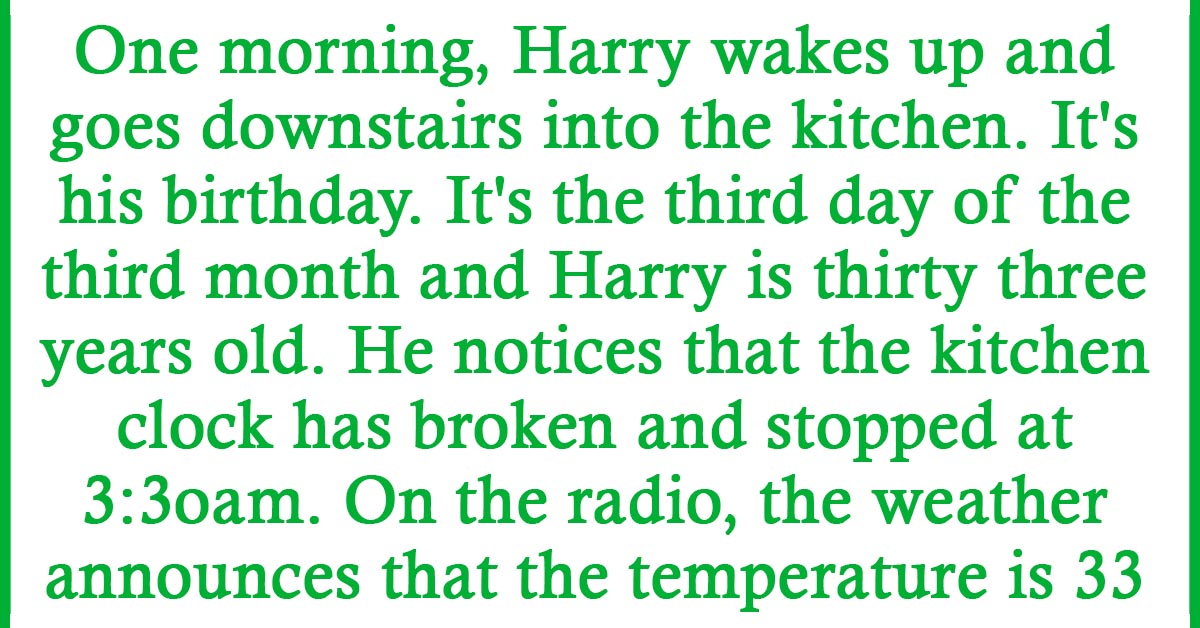 One morning, Harry wakes up and goes downstairs into the kitchen. It’s his birthday.

It’s the third day of the third month and Harry is thirty three years old.

He notices that the kitchen clock has broken and stopped at 3:3oam.

On the radio, the weather announces that the temperature is 33 degrees.

Opening the sporting section of his newspaper, he turns to page three; he sees that a horse called ‘Triple Treble’ is running in the 3.3o.

He rings up a bookmaker and puts 333 on it to win.

It comes in third.

Doctor: Whats wrong with your brother?

Boy: He thinks hes a chicken.

Doctor: Really? How long has he thought this?

Boy: We would have brought him in sooner, but we needed the eggs.

I walked into Waterstones and said,

“I bought this book on Speed Reading but I want my money back!’

“Do you have a receipt?” she asked

“Of course,” I said, handing it to her

“But this receipt is 3 years old!”

I was out walking the dog when I saw my new boss playing golf.

So wanting to make a good impression, I saw his ball near the hole and I shouted to him in the distance “Is this ball yours?” He said yes so I picked it up and threw it him back. Why I Fired My Secretary 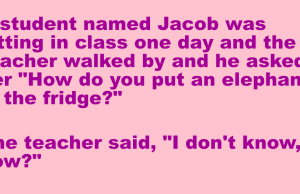