A doctor walks into a room full of patients at a mental institution,

takes out a pen, and draws a door on the wall. He then tells all the patients that whoever wants to escape should use that door.

Immediately, they all rush towards it, but of course cannot go through.

However, one patient sits still at the back with a smile on his face. He has not moved at all.

The doctor thinks he must have been cured. He then asks the patient why he did not rush to the door, and the patient whispers, “They don’t know that I’m the one who has the key.” 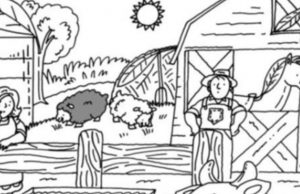 Can You Find 10 Hidden Feathers? 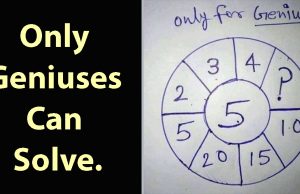 Only a Genius Can Solve this Math Problem – 90% Failed