“What happened?” asked the hospital visitor to the heavily bandaged man sitting up in bed.

“Well, I went down to Margate at the weekend and decided to take a ride on the roller coaster. As we came up to the top of the highest loop, I noticed a little sign by the side of the track. I tried to read it but it was very small and I couldn’t make it out.

“I was so curious that I decided to go round again, but we went by so quickly that I couldn’t see what the sign said.

“By now, I was determined to read that sign so I went round a third time. As we reached the top, I stood up in the car to get a better view.”

“And did you manage to see what the sign said this time?” asked the visitor.

A man is at work one day when he notices that his co-worker is wearing an earring.

This man knows his co-worker to be a normally conservative fellow, and is curious about his sudden change in “fashion sense.”

The man walks up to him and says, “I didn’t know you were into earrings.”

“Don’t make such a big deal out of this, it’s only an earring,” he replies sheepishly.

His friend falls silent for a few minutes, but then his curiosity prods him to say: “So, how long have you been wearing one?”

“Ever since my wife found it in my truck.” Teacher Asks Boy Questions To See If He Can Skip Grades 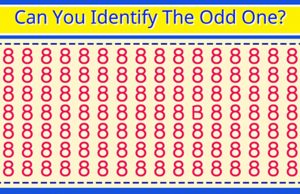