John was told that a twin-engine plane would be waiting at the airport.

When he arrived at the airport, he spotted a plane warming up outside the hanger. He jumped in and said let’s go. The pilot taxied and took off. Once in the air, John said to the pilot: Fly low over the valley so I can take pictures of the fire on the hill.

John: Because I’m the photographer for a TV show. I need to take some close-up shots.

The pilot was strangely silent for a moment, then stammered. So what you’re telling me is . . . You’re not my flying instructor?

Pilot Speaks Over The Intercom Shortly after a British Airways flight reached cruising altitude, the captain announced, “Ladies and gentlemen, this is your captain.

Welcome to Flight 293, nonstop from London Heathrow to New York. The weather is fine, so we should have an uneventful flight. So sit back, relax, and … OH … MY GOD! ”

There was silence … complete silence!

Moments later, the captain came back on the intercom.

“Ladies and gentlemen, I’m sorry if I scared you. While I was talking to you, a flight attendant accidentally spilled coffee on my lap. You should see the front of my trousers!”

From the back of the plane, an Irish passenger shouted …

“For the luvva Jaysus… you should see the back of mine!” Johnny Looking For A New Job 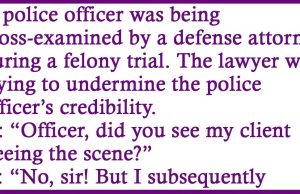