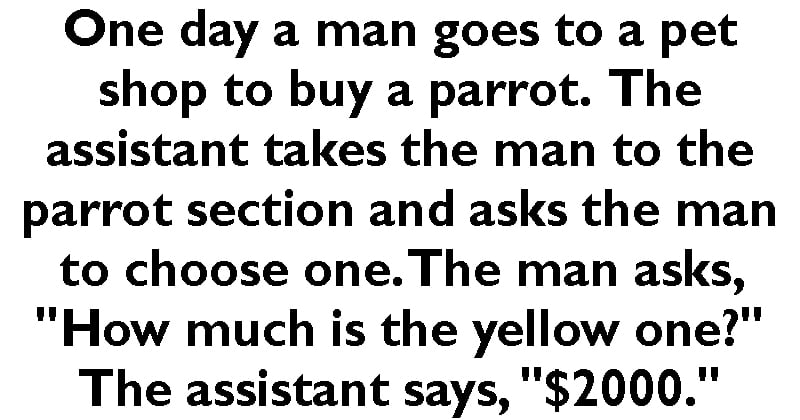 One day, a man goes to a pet store to buy a parrot.

The assistant takes the man to the parrot section and asks him to choose one.

The man asks, “How much does the yellow cost?”

The man is shocked and asks the assistant why it is so expensive.

The assistant explains, “This parrot is a very special one. He knows to typewrite and can type really fast.”

“What about the green one?” the man asks.

The assistant says, “He costs $5000 because he knows to typewrite and can answer incoming telephone calls and takes notes.”

“What about the red one?” the man asks.

The assistant says, “I don’t know, but the other two call him boss.” 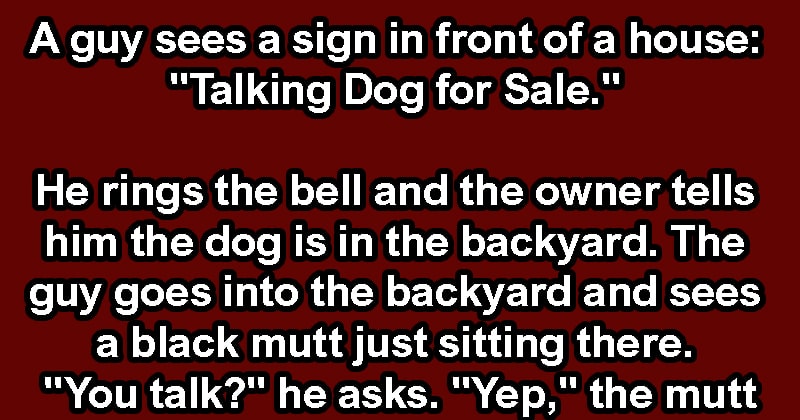 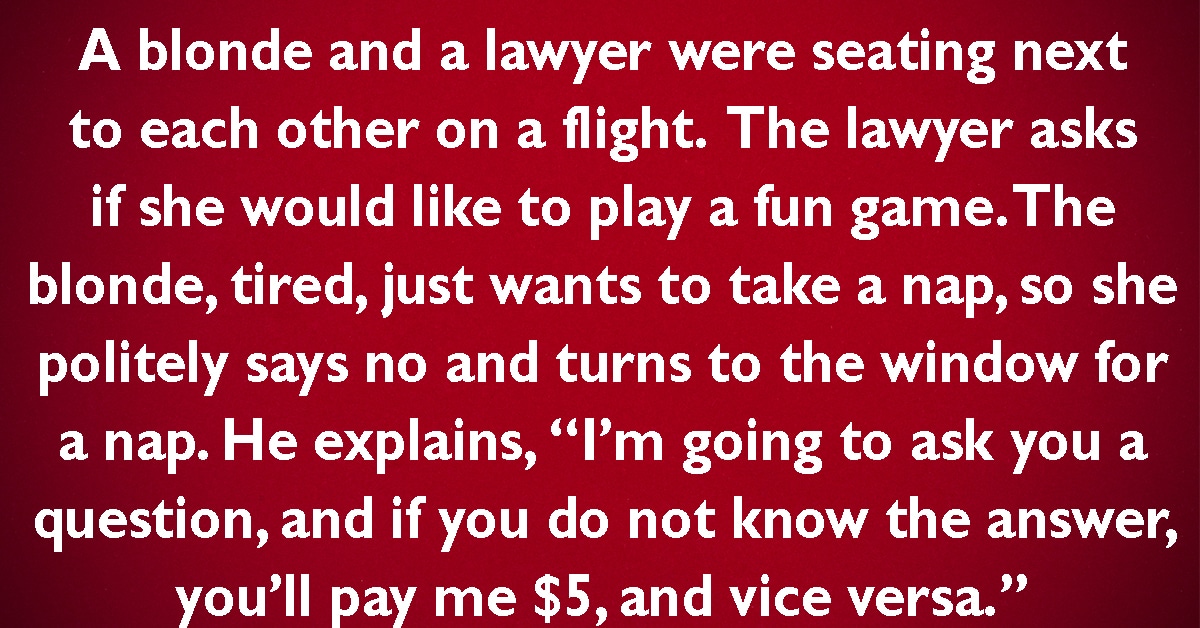 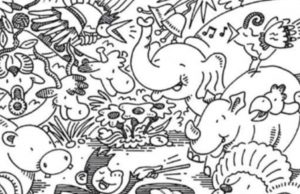