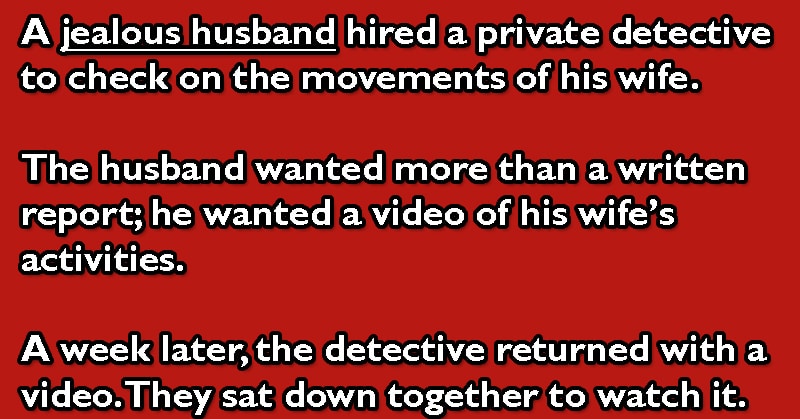 A jealous husband hired a private detective to check on his wife’s movements.

The husband wanted more than a written report; He wanted a video of his wife’s activities.

A week later, the detective returned with a video.

They sat down together to watch it.

Even though the quality was less than professional, the man saw his wife meeting another man!

He saw the two of them laughing in the park. He saw them enjoying themselves at an outdoor cafe. He saw them dancing in a dimly lit nightclub. He saw the man and his wife participate in a dozen activities with the greatest joy.

“I just can’t believe this,” said the distraught husband.

The detective said, “What’s not to believe? It’s right up there on the screen!”

READ
Almost everybody gets it wrong on the first try: How many V’s are hidden in this image?

The husband replied, “I can’t believe my wife could be so much fun!” 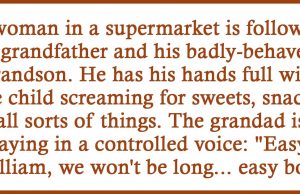 Grandfather of The Year.