An elderly couple who had just celebrated their fiftieth anniversary were sitting on their porch, relaxing.

Both were simply reading a book and rocking on their chairs. When suddenly, the wife looks at her husband and whacks him across the head, and goes back to her knitting.

Her husband, puzzled, asks, “What was that for?”

He goes back to his newspaper, but a few minutes later, he looks at his wife and whacks her across the head.

The wife, also puzzled asks him, “What was that for?”

Not looking up from his newspaper, the husband answers,

“That is for knowing the difference.”

Most people can’t find the bus among the cars – send...

Only The Sharpest Eyes Can Find The Odd Letter In Less... 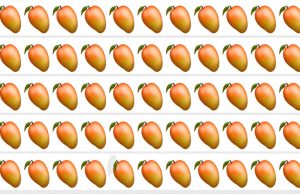 Mother sends a hilarious letter to her son