A blonde driving a car got lost in a snowstorm.

She didn’t panic, however, as she remembered what her father had told her once. “If you ever get stuck in a snowstorm, just wait for a snowplow to come by and follow it.”

Sure enough, a snowplow arrived and she started to follow it.

She followed the plow for about forty-five minutes.

Finally, the driver of the truck got out and asked her what she was doing.

She explained that her father told her to follow a plow if she ever got stuck in a snowstorm.

A Man Hires a Blonde A man hires a blonde to paint stripes down a road, but she has to keep the contract and do at least four miles each day.

The blonde does 8 miles on the first day.

The boss is very impressed.

On the second day, the blonde does 4 miles.

The boss is a little impressed, but not as much as before.

On the third day, the blonde does two miles.

The boss thinks she’s just having a bad day, so he still lets her keep the job.

On the fourth day, the blonde only does 1 mile. The boss asks, “You were doing so well before. Why aren’t you doing well now?!”

The blonde responds, “I can’t get far because each day I’m getting further and further away from the bucket.” 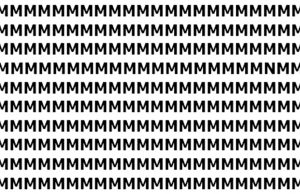