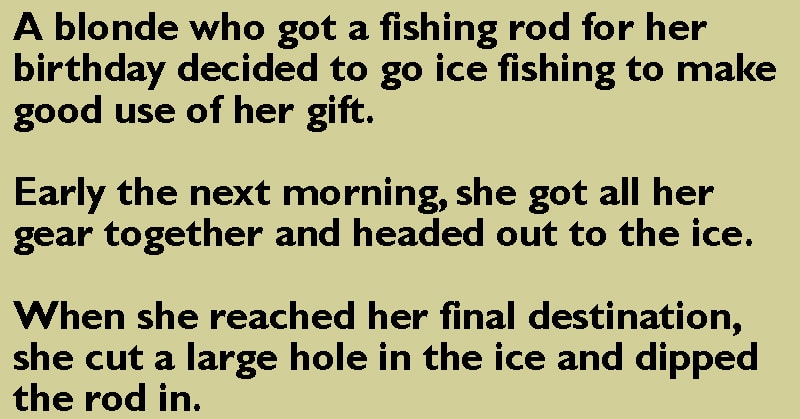 A blonde who was given a fishing rod for her birthday decided to go ice fishing to make good use of her gift.

Early the next morning, she got all of her gear together and headed out to the ice.

When she reached her final destination, she cut a large hole in the ice and dipped the rod in.

Then suddenly she heard a voice saying, “There are no fish in there”.

So she moved to another spot and cuts another hole, but then the same voice spoke again and told her that there were no fish in there.

So she moves again and the voice tells her that there are no fish in there.

So she looks up and sees an irritated man staring down at her.

“How do you know there are no fish there?” asks the blonde.

So the man cooly says “Well, first of all, this is a hockey rink, and second of all, you’re going to have to pay for those holes.” A blonde decides to try horseback riding even though she has no experience. Everyone Is Having A Hard Time Solving This Math Puzzle. 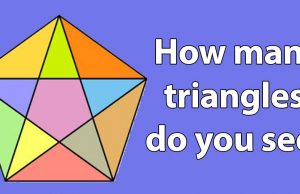 Today’s challenge: Only a few people can find all the triangles...