Son: “Dad, why has some of your hair turned white?”

Father: “Every lie you tell turns one of my hair white.”

Son: “Oh, now I understand why all grandfathers’ hairs are white.”

Five-year-old Little Johnny was lost, so he went up to a policeman and said, “I’ve lost my dad!”

Little Johnny asked his father, “Daddy, can you write in the dark?”

Her father said, “I think so. What do you want me to write?”

“Dad was hanging pictures, and just hit his thumb with a hammer,” little Johnny said through tears.

“That’s not so serious,” soothed his mother.

“I know you’re upset, but a big boy like you shouldn’t cry over something like that. Why didn’t you laugh?”

There was a father who called his 5 small children together.

When they sat together in a circle on the floor, the father put a toy in the center.

He explained to them that he won this toy as a door prize and he wanted to give it to one of them.

He asked them, “Who is the most obedient?”

Five sets of eyes looked up at him.

When he felt they didn’t understand the word he then asked, “Okay, who always obeys mommy, and does everything she says?”

One of the children picked up the toy and handed it to the father. “You win!” exclaimed the child.

READ
Many people get it wrong: Can you find the boy hiding among the girls?

Little Johnny was crying one day and his father asked him why.

Here’s five more for you,’ At this Johnny howled louder than ever.

A little boy went to his father and asked,

“Daddy, where did all of my intelligence come from?”

The father answered, “Well my son, you must have got it from your mother, cause I still have mine.” How Quickly Can You Find the Odd One Out? 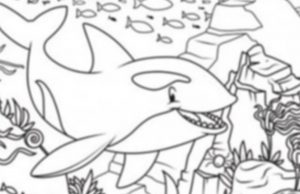 Find Lollipop, Spider and Shoe in This Picture.