A 71-year-old man returned to his old college to take one last look around campus again before he settled into retired life.

When he arrived on campus, he saw a young man studying hard, and the sight brought back memories. He was sitting on the bench next to the boy but was surprised when the boy started spouting off at him.

“You old geezer. Your generation will never understand my generation, ”the boy said. “You grew up in another world. In fact, your world is almost primitive compared to mine, ”the student said.

“Is that right?” the elder man said.

“Young people today have grown up watching television, jet planes, space travel, and microwaves. I can carry hundreds of books on a tiny chip in my cell phone. We’ve electric, and hydrogen cars, computers with light-speed processing, and,” he paused to take a swig of beer.

The senior took advantage of the break in the student’s litany and said, “You’re right, son. We didn’t have these things when we were young – so we invented them. Now, you arrogant little bastard, what are you doing for the next generation?”

The student fell silent and everyone around them cheered!

He really told him! 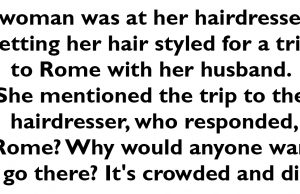 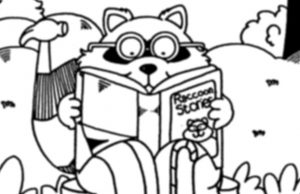