A woman is going to have a trip to Rome with her husband. She was at her hairdresser and getting her hair styled mentioned the trip to the hairdresser.

“Rome? Why would anyone want to go there? Asked the hairdresser. “It’s crowded and dirty. You are crazy to go to Rome. So how do you get there?”

“We’ll take Continental,” she replied. “We have a great price!” READ
There is a bird hidden in this picture... but can you spot it? The Little Boy and the Gravestones. 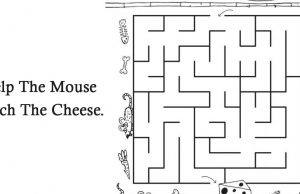