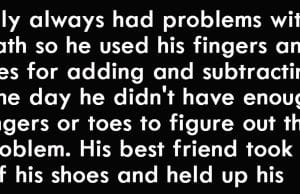 A Bet Made at a Sports Bar.