A man goes to the doctor and says, “Doctor, wherever I touch, it hurts.”

The doctor asks, “What do you mean?”

The man says, “When I touch my shoulder, it really hurts. If I touch my knee –

OUCH! When I touch my forehead, it really, really hurts.”

The doctor says, “I know what’s wrong with you – you’ve broken your finger!” 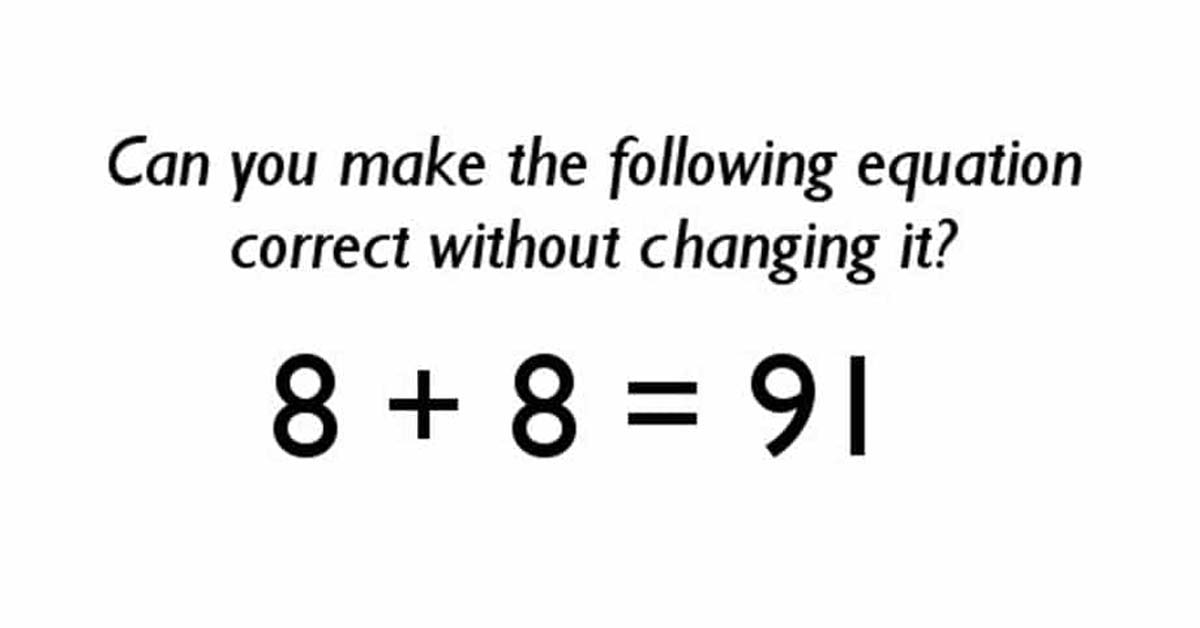 Can You Make The Following Equation Correct Without Changing It? Can You Find The “V” in This Image?