Three sons left home to make their fortunes, and they all did very, very well for themselves.

They got together recently and were discussing what they each had done to benefit their aging mother. ‘Well,’ said the first one, ‘I bought mom a huge house in Beverly Hills.’

‘I bought her a Mercedes and hired a full-time driver for her.’

‘I’ve beaten you both,’ said the third. ‘I bought her a miraculous parrot that can talk to her.’

A little later, the mother sent out a thank you letter to all three sons.

‘Gerald, the house you bought was too big. I only live in one room, and I have to clean the entire house. Milton, the car is useless because I don’t go anywhere; I’m too old. But Robert, you know exactly what I like. The chicken was delicious.’ 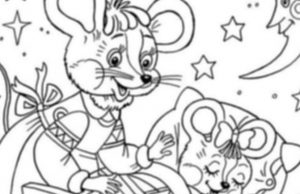