Two women go out one Saturday night without their husbands.

As they come back, right before dawn, both of them drunk, they felt nature calling. They noticed that the only place to stop was a cemetery. Scared and drunk, they stopped and decided to go there anyway.

The first one did not have anything to pat herself dry with, so she took off her panties, used them and discarded them.

The second woman, not finding anything either, thought, “I’m not getting rid of my panties…” so she used the ribbon from a nearby flower wreath to do the same.

The morning after, the two husbands were talking to each other on the phone, and one says to the other:

“We have to be on the lookout. It seems that these two were up to no good last night. My wife came home without her panties…”

The other one responded, “You’re lucky! Mine came home with a card stuck to her butt that read: “We will never forget you!”

A wife was in bed with her lover when she heard her husband’s key in the door.

“Stay where you are,” she told the panicked lover. “He’s so drunk he won’t even notice you’re in bed with me.”

Sure enough, the husband lurched into bed none the wiser, but a few minutes later, through a drunken haze, he saw six feet sticking out at the end of the bed.

He turned to his wife: “Hey, there are six feet in this bed. There should only be four. What’s going on?!?”

“Nonsense,” said the wife. “You’re so drunk you miscounted. Get out of bed and try again. You can see better from over there.”

The husband climbed out of bed and counted. “One, two, three, four. Oh ok, you were right.” 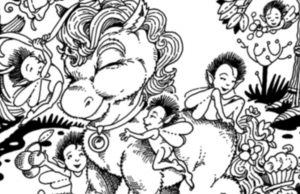 Man Asks Hotel If He Could Bring His Pet.