Wake Up Your Mind
Home Life Two senior ladies were out for a Sunday drive in a huge...
Share
Tweet 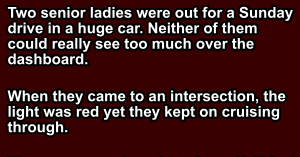 Two senior ladies were out for a Sunday drive in a huge car. Neither of them could really see too much over the dashboard.

When they came to an intersection, the light was red yet they kept on cruising through.

The passenger thought to herself, “I feel like I’m losing it, but | swear we just drove through a red light.”

A few minutes later, they drove through another red light. The passenger was almost certain that the light had been red but was still slightly concerned that she might be going mad, so she decided to give the driver one last chance.

As they were approaching the next intersection, the passenger paid a great deal of attention. This time the lights were certainly red, yet just as before they just sped past.

“Susan!” the passenger yelled. “Do you know we just ran 3 red lights in a row? We could have been gotten accident !”
“Oh, am I driving?” came the reply.

An old French lady had a small shop 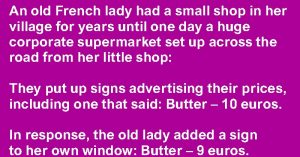 An old French lady had a small shop in her village for years until one day a huge corporate supermarket set up across the road from her little shop:

They put up signs advertising their prices, including one that said: Butter – 10 euros.

In response, the old lady added a sign to her own window: Butter – 9 euros.

The next day, the big supermarket had a new sign: Butter – 8 euros.

Indeed, the day after the lady’s sign said: Butter – 7 euros.

READ
There are 5 letters ‘Y’ in this picture. Most people can only spot 2 in the first minute!

This went on for a while until eventually one of the lady’s customers pointed to the sign and said.

“Ma’am, you can’t keep your prices that low for long. These big companies can use their buying power to sell products cheaper, but a little store like yours can never compete.”

In response, the old lady bent forward conspiratorially and muttered.

“Monsieur, I don’t even sell butter.” Almost everybody can’t find the “8” in this puzzle under 7... 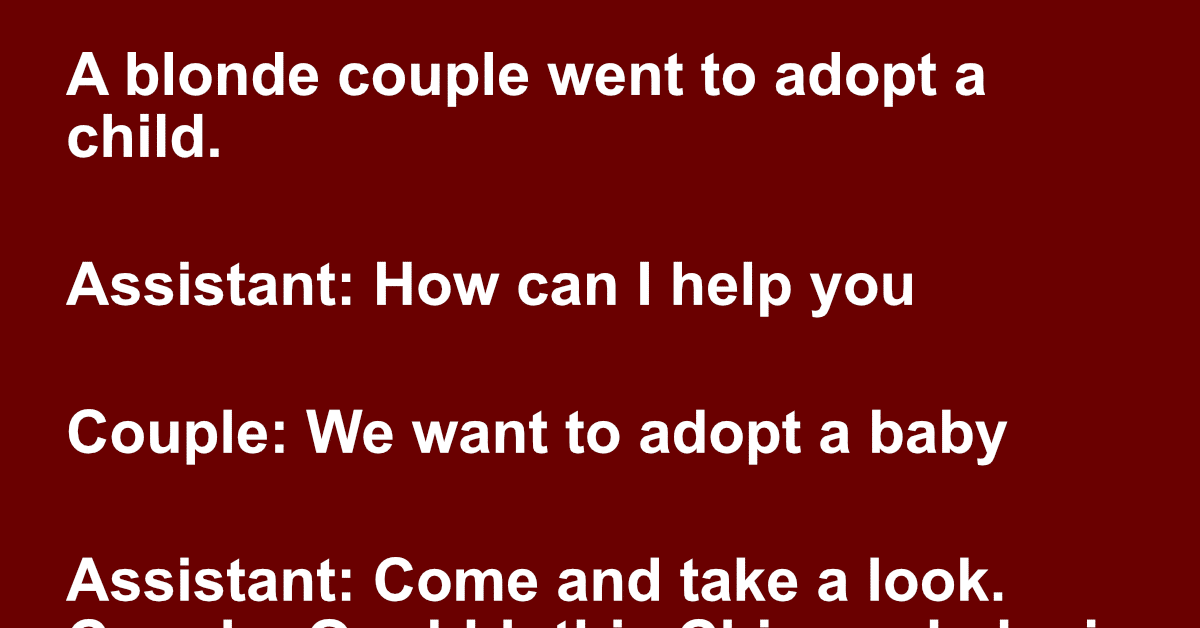