There were these two elderly people living in a Florida mobile home park He was a widower and she a widow. They had known one another for a number of years.

Now, One evening there was a joint dinner in the large activity center. These two were seated opposite each other at the same table. As the meal went on, he made a few admiring glances at her and finally gathered up his courage to ask her, “Will you marry me?” 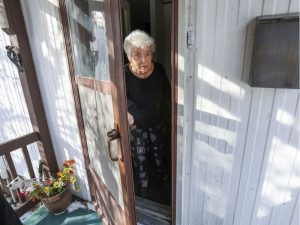 After a dramatic pause and precisely six seconds of ‘careful consideration,’ she answered. “Yes. Yes, I will.”

The meal ended and with a more pleasant conversation, they went to their respective places.

The next morning, he was troubled. “Did she say ‘yes’ or did she say ‘no’?” He couldn’t remember. Try as he would, he just could not recall. Not even a faint memory.

With trepidation, he went to the telephone and called her. He first explained to her that he didn’t remember as well as before. Then he discussed the beautiful evening.

As he gained a little more courage, he then inquired of her, “When I asked if you would marry me, did you say ‘Yes’ or did you say ‘No’?” He was delighted to hear her say, “Why, I said, ‘Yes, yes I will’ and I meant it with all my heart.”

Then she continued, “And I am so glad that you called because I couldn’t remember who had asked me.” 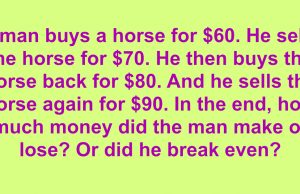 The seemingly simple word problem that stumped the internet, can you... 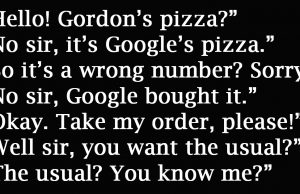