A Trucker Came Into A Truck Stop Cafe A truck driver walked into a truck stop cafe and placed his order.

The brand new waitress, who didn’t want to appear inexperienced, went into the kitchen and told the cook, “This guy out just ordered three flat tires, a pair of headlights, and a pair of running boards. What does he think of this place? Is… an auto parts store?” 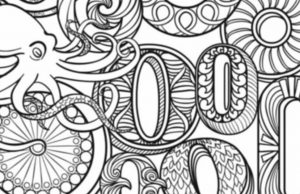 Fantastic Letters: How Many O’s Can You Count?