John asks his wife, Mary what she wants to celebrate their 40th wedding anniversary.

“Would you like a new mink coat?” he asks.

“Well how about a new Mercedes sports car?” says John.

“Would some beautiful new jewelry do the trick?” he asks, becoming slightly exasperated.

“What about a new vacation home in the country?” he persists.

She again rejects his offer with a “No thanks.”

“I want a divorce.” answers Mary.

“Sorry,” John sighed. “I wasn’t planning on spending that much.” 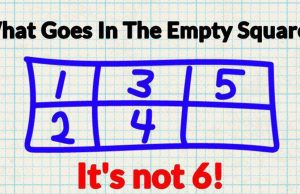 One Tricky Puzzle That Has Nothing To Do With Math 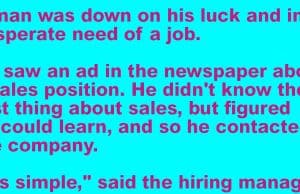 A man got a job selling toothbrushes