A prince was put under a spell so that he could speak only one word each year.

If he didn’t speak for two years, the following year he could speak two words and so on.

One day, he fell in love with a beautiful lady.

He refrained from speaking for two whole years so he could call her “my darling.”

But then he wanted to tell her he loved her, so he waited three more years.

At the end of these five years, he wanted to ask her to marry him, so he waited another four years.

A lady walks into Harrods.

She looks around, spots a beautiful diamond bracelet and walks over to inspect it. As she bends over to look more closely, she unexpectedly farts.

Very embarrassed, she looks around nervously to see if anyone noticed her little woops and prays that a sales person was not anywhere near.

As she turns around, her worst nightmare materializes in the form of a salesman standing right behind her – Good looking as well.

Cool as a cucumber, he displays all of the qualities one would expect of a professional in a store like Harrods.

He politely greets the lady with, ‘Good day, Madam. How may we help you today?

Blushing and uncomfortable, but still hoping that the salesman somehow missed her little ‘incident’, she asks, ‘what is the price of this lovely bracelet?’

He answers, “Madam – if you farted just looking at it – you’re going to sh*t yourself when I tell you the price!” 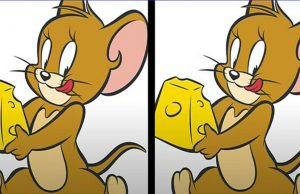 [Picture Puzzle] You Have Just 30 Seconds To Find The Difference!