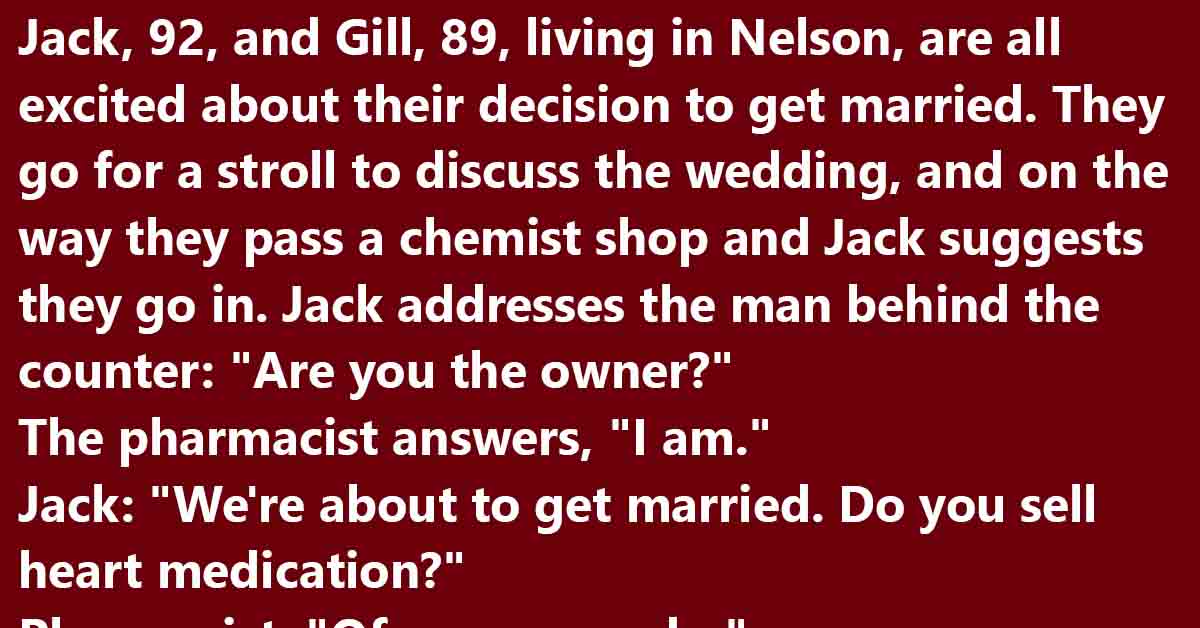 Jack, 92, and Gill, 89, living in Nelson, are all excited about their decision to get married.

They go for a stroll to discuss the wedding, and on the way they pass a chemist shop and Jack suggests they go in.

Jack addresses the man behind the counter: “Are you the owner?”

The pharmacist answers, “I am.”

Jack: “We’re about to get married. Do you sell heart medication?”

Pharmacist: “Of course we do.”

Jack: “How about medicine for circulation?”

Jack: “How about suppositories?”

Jack: “What about vitamins, sleeping pills, antidotes for Parkinson’s disease?”

Jack: “Everything for heartburn and indigestion?”

Pharmacist: “yea, but why-”

Pharmacist: “Sure. But WHY?”

“We’d like to use this store for our wedding registry.”

The Bride kissed her father and placed something in his hand.

Everyone in the room was wondering what was given to the father by the bride.

The father could feel the suspense in the air and all eyes were on him to divulge the secret and say something.

So he announced: ” Ladies and Gentlemen, today is the luckiest day of my life.”

Then he raised his hands with what is his daughter gave him and said,

“My daughter has finally returned my Credit Card to me!!!” The whole audience burst into laughter. Riddle for fun: You have got only 10 seconds to solve... 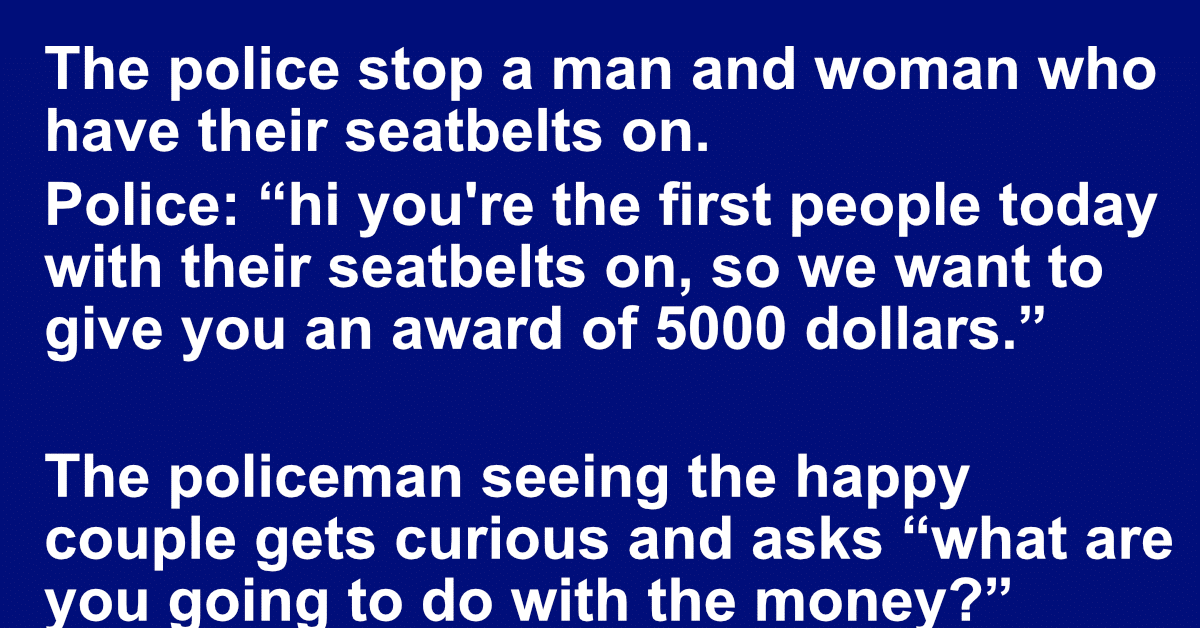