“Okay,” said the man. “Now give me the medical term so I can tell my wife.” 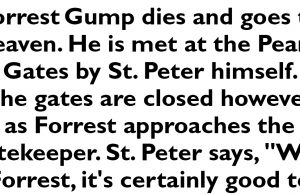 Challenge of the day: How many T’s can you find in...