This is the first solo jump for the both of them.

The plane lifts off and the instructor gives them their last instructions: “When the light above the door turns green, you can jump.”

The light turns green and the second guy jumps first.

After ten seconds he opens his parachute and lands safely in an open field next to a river.

After a few minutes he hears a loud splash and he looks over to the river.

Sherlock Holmes and Dr. Watson decide to go on a camping trip.

After dinner, they laid down for the night, and went to sleep.

Some hours later, Holmes awoke and nudged his best friend. “Watson, look up at the sky and tell me what you see.”

“What does that tell you?”

Watson pondered for a minute. “Well, astronomically, it tells me that there are millions of galaxies and potentially billions of planets.”

“Also, looking at the stars, I think that the time is approximately a quarter past three in the morning.”

“Theologically, I can see that God is all powerful and that we are small and insignificant.”

“Meteorologically, I suspect that we will have a beautiful day tomorrow.”

“What does it tell YOU, Holmes?”

Holmes was silent for a minute, then spoke: “Watson, you idiot… Someone stole our tent!” 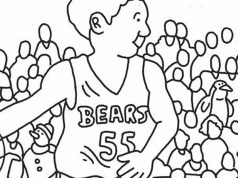 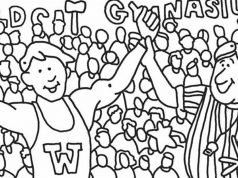 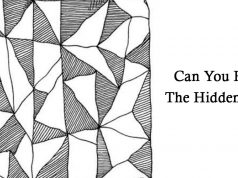 How Many Rabbit Can You See 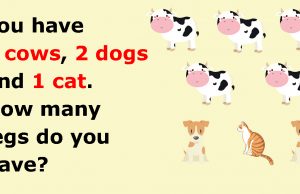 How many legs do you have?

How Many 7s Can You Count In This Picture?

Spot the letter out within 10 seconds, can you?