A wise old farmer went to town to buy a new pickup truck that he saw advertised in the newspaper for a certain price.

After telling the salesman which truck they wanted, they set down to do the paperwork.

The salesman handed the bill to the farmer and the farmer declared, “This is not the price I saw!”

The salesman went on to tell the wise old farmer how he was getting extras such as power brakes, power windows, power steering, special tires, etc. and that was what took the price up. The farmer, who urgently needed the truck, paid the price and went home.

A few months later, the salesman phoned the farmer and said, “My son is in 4-H and needs a cow for a project. Do you have any to sell? ”

The farmer replied, “Yes, I have a few cows that I would sell for $500 a piece. Come see them and take your choice. ”

The salesman said he and his son would be there in a moment.

After spending a few hours in the field checking out all of the farmer’s cows, the two decided to pick one and the salesman proceeded to write out a check for $500.

The farmer said, “Now wait, that’s not the final price of the cow. You are getting extras with it and you have to pay them too.”

“What extras?” asked the salesman.

Below is the list the farmer gave the salesman for the final price of the cow:

Teacher Gets Frustrated With One Student’s Dumb Answer 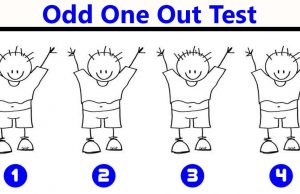 Odd One Out Test.

Take A Test. Can You Find The Real Dog?