Wake Up Your Mind
Home Life The Story Of The Three Old Men, Wealth, Success and Love
Share
Tweet

The Story Of The Three Old Men

A woman came out of her house and saw Three Old Men with Long White Beards sitting in Her front yard. She did not recognize them.

She said “I don’t think I know you, but you must be hungry. Please come in and have something to eat.” 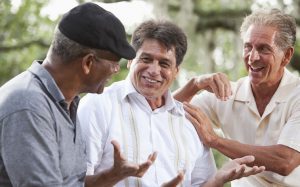 “Is the man of the house home?”, They asked.

“Then We cannot come in”, They replied.

In the evening when Her Husband came home, She told Him what had happened.

“Go tell them I am home and invite them in!”

The Woman went out and invited the Men in”

“We do not go into a House together,” They replied.

Then He added, “Now go in and discuss with Your Husband which one of Us You want in Your home.”

The Woman went in and told Her Husband what was said. Her husband was overjoyed.

“How nice!!”, He said. “Since that is the case, let us invite ‘Wealth’. Let him come and fill our home with wealth!”

His wife disagreed. “My dear, why don’t We invite ‘Success’?”

Their daughter was listening from the other corner of the house. She jumped in with Her own suggestion: “Would it not be better to invite ‘Love’? Our Home will then be filled with love!”

“Let us heed Our Daughter’s advice,” said the Husband to his Wife.

“Go out and invite Love to be our guest.”

The Woman went out and asked the Three(3) Old Men, “Which one of You is ‘Love’? Please come in and be Our guest.”

‘Love’ got up and started walking toward the house. The Other Two also got up and followed him.

Surprised, the Woman asked Wealth and Success: “I only invited Love, Why are You coming in?”

The Old Men replied together: “If You had invited ‘Wealth’ or ‘Success’, the Other Two of Us would’ve stayed out, but since You invited ‘Love’, wherever He goes, We go with him.

Wherever there is ‘Love’, there is also ‘Wealth’ and ‘Success’.”

A young pregnant woman of several months was sitting on a bus.

When she noticed that a young man was smiling at her, she began to feel humiliated by her condition. 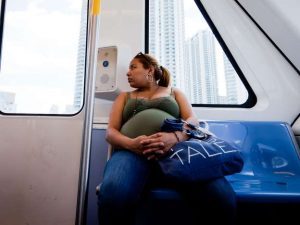 She changed places and he seemed to be more amused.

She moved again and saw him laughing more and more. She filed a complaint against him.

In the court, the man’s deference was:-

When the lady boarded the bus I couldn’t help noticing she was pregnant.

She sat under an advertisement, which read “Coming Soon- The unknown boon”

I was even more amused when she then sat under a shaving advertisement, which read:- “Williams stick did the trick”

Then I could not control myself when she was sitting in the third train under an advertisement that said:- “Dun lop Rubber would have prevented this accident”

READ  Man and a Horse

The case was dismissed.

The judge fell off his chair laughing.

Have a Hilarious Day.

What am I to Teresa?

Only a true genius can find an emoji that sticks out