Wake Up Your Mind
Home Life A man walks into a a bar, and drinks a couple of...
Share
Tweet A man walks into a bar, drinks a couple of beers, and prepares to leave.

The bartender tells him that he owes $8.

“But I already paid you. Don’t you remember?” says the customer.

“Okay,” says the bartender, “if you say you paid, then I suppose you did.”

The man goes outside and tells the first person he sees that the bartender can’t keep track of whether his customers have paid or not.

The second man walks in, orders a couple of beers, and later pulls the same stunt.

The bartender replies, “OK, if you say you paid, then I suppose you did.”

The customer goes outside and tells a friend how to get free drinks.

The man interrupts, “Don’t bother me with your troubles, bartender. Just give me my change and I’ll be on my way.”

The third man hurries into the bar and begins to drink highballs.

The bartender leans over and says, “You know, something funny happened tonight. Two men drank beer, neither paid, and both claimed they had. The next guy who tries that stunt is going to get punched in the — ”

The man interrupts, “Do not bother me with your troubles, bartender. Just give me my change and I’ll be on my way.” A blind man walks into a bar and finds his way to a barstool.

After ordering a drink and sitting there for a while, the blind man yells to the bartender, “Hey, you wanna hear a blonde joke?”

In a husky, deep voice, the woman next to him says, “Before you tell that joke, there’s something you need to know. The bartender is blonde, the bouncer is blonde, and I’m a 6′ tall, 200-pound blonde with a black belt in karate. Also, the fella sitting next to me is blonde and he’s a weightlifter. The woman to your right is a blonde and she’s a pro wrestler. Think about it seriously, mister. You still wanna tell that blonde joke?”

The blind man says, “Nah, not if I’m gonna have to explain it five times.”

Can you solve this egg tricky riddle in 3 minutes? 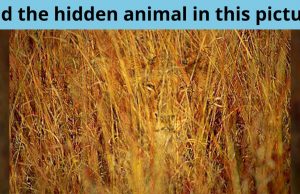