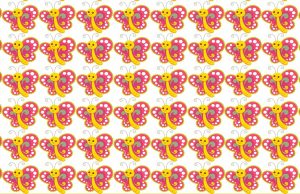 Spot The Difference: Can You Spot The Odd One Out In...