Wake Up Your Mind
Home Life A lonely frog telephoned the Psychic Hotline and asked what his future...
Share
Tweet A lonely frog called the Psychic Hotline and asked what his future had in store for him.

“You are going to meet a beautiful young girl who will want to know everything about you.”

The frog is thrilled, “This is great!

“Will I meet her at a party?” he croaks.

One day, a magical frog sees a bear chasing a rabbit for dinner. In order to bring peace to his magical forest, the frog jumps towards them both and promises them 3 wishes each if they put an end to this violence. After both animals agreed, the frog chooses the bear to state his first wish, first.

After thinking for a while, the bear says, “I wish for all the bears in this forest to be female except me.”

Next is the rabbit’s turn, “I wish for a motorcycle helmet,” he says.

The bear laughed, what an idiotic wish to make he thought to himself. The bear then says, “I wish for all the bears in this country to be female except me.”

The rabbit next says, “I wish for a motorcycle that requires no gas.”

The bear, almost tearing from laughter, says, “You could have wished for money to get those two things!” He then proceeds to make his final wish, after thinking for a while, he says to the frog, “I wish for all the bears in the world to be female except for me!”

READ
Teacher asked student What chemical formula for water was

The rabbit then puts on his helmet, hops on his motorcycle, grins at the bear, and says, “I wish for this bear to be gay.” 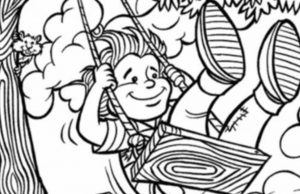