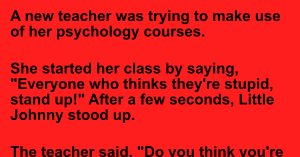 A new teacher was trying to make use of her psychology courses.

She started her class by saying, “Everyone who thinks they’re stupid, stand up!” After a few seconds, Little Johnny stood up.

The teacher said, “Do you think you’re stupid, Little Johnny?”

“No, ma’am, but I hate to see you standing there all by yourself.” 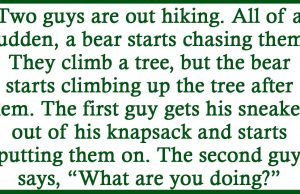 Saving His Own Life. The Old Woman or The Young Girl?