Finding one of her students

making faces at others on the playground, Ms. Smith stopped to gently reprimand the child.

Smiling sweetly, the Sunday school teacher said: “Johnny, when I was a little girl, I was told if that I made ugly faces, it would freeze and I would stay like that.” Tricky Challenge: You Have Only 1 MINUTE To Find The Odd... 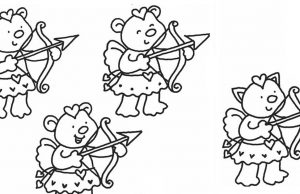