Wake Up Your Mind
Home Life An Irishman and his son went to the zoo.
Share
Tweet 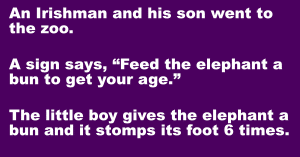 An Irishman and his son went to the zoo at weekend.

A sign says, “Feed the elephant a bun to get your age.”

The little boy was so curious, so he gives the elephant a bun and it stomps its foot 6 times.

So the Irish chap gives the elephant a bun.

A moment later the elephant farts and stomps twice.

“Bajaysus, that’s right!” Said the father. “I am farty two!”

LoLLLL, we hope this joke made your day! 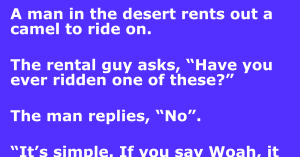 The rental guy asks, “Have you ever ridden one of these?”

The man hops on the camel and says, “Woah”.

The camel runs so fast the man has to pray to God to stop.

Now it’s a good thing he did that because the camel stopped right at the edge of a cliff.

The man looked down the ravine with wide eyes and said, “Woah!” 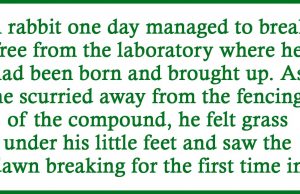 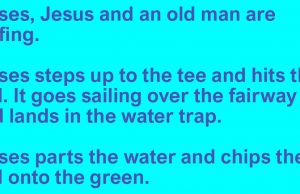