A husband and wife were driving down a country road to visit friends.

They came to a muddy patch on the road and the car got stuck.

After a few minutes of trying to get the car out by themselves, they saw a young farmer coming down the lane, driving some oxen before him.

The farmer stopped when he saw the struggling couple and offered to get the car out of the mud for $50.

The husband agreed and a few minutes later the car was free.

The farmer turned to the husband and said, “You know, you’re the tenth car I’ve helped out of the mud today.”

The husband looks around at the fields incredulously and asks the farmer, “When do you have time to plow your land? At night?”

“No,” the young farmer replied seriously, “Night is when I put the water in the hole.” A wise old farmer went to town to buy a new pickup truck that he saw advertised in the newspaper for a certain price.

After telling the salesman which truck they wanted, they set down to do the paperwork.

The salesman handed the bill to the farmer and the farmer declared, “This is not the price I saw!”

The salesman went on to tell the wise old farmer how he was getting extras such as power brakes, power windows, power steering, special tires, etc. and that was what took the price up. The farmer, who urgently needed the truck, paid the price and went home.

READ
A Blonde Goes On Who Wants To Be A Millionaire

A few months later, the salesman phoned the farmer and said, “My son is in 4-H and needs a cow for a project. Do you have any to sell? ”

The farmer replied, “Yes, I have a few cows that I would sell for $500 a piece. Come see them and take your choice. ”

The salesman said he and his son would be there in a moment.

After spending a few hours in the field checking out all of the farmer’s cows, the two decided to pick one and the salesman proceeded to write out a check for $500.

The farmer said, “Now wait, that’s not the final price of the cow. You are getting extras with it and you have to pay them too.”

“What extras?” asked the salesman.

Below is the list the farmer gave the salesman for the final price of the cow: 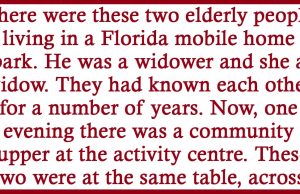 Love is In The Air. 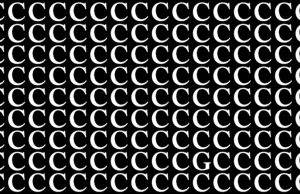 How Fast Can You Spot The Odd One Out? These Tests...