A man faces a violation of adding horse meat to the chicken stew in his restaurant. At the court, he’s asked why he did it and how much horse meat was in those stews. “For the money of, course and I solemnly swear I always kept the ratio 50:50!”

While the violation caused many unhappy customers, the judge decides not to revoke his license after seeing the man’s honesty. However he in turn must always advertise that horse is part of the ingredients. With a sigh of relief, the restaurateur pays the fine and leaves the courthouse with his wife and friend. 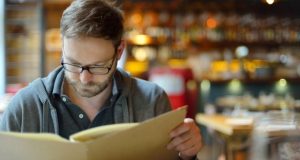 His friend asked him “Did you really put horse meat or did you add anything else with the chicken?”

“Nope. Only horse meat and chicken”.

“Now tell me the truth man, come on, it was mostly horse meat wasn’t it?”

A Tale of Tortoise and Snail

A tortoise went out for a few beers and, despite being severely worse for wear, decided to walk home through the rough part of town.

Halfway home he was set upon by four snails who beat him senseless, stole what little money he still had, and, as a final insult, they sprayed obscenities on his shell.

Utterly distraught, he was taken to the local police station where the fox inspector asked if he could remember anything about the assailants . “I don’t know!” He cried, “It all happened so fast!”

Count the Number of Fists Showing 1

Most adults fail this simple math test – but can you...