A man is sitting in a bar at a busy airport. A beautiful woman walks in and sits down next to him. He presumes, because she’s got a uniform on, she’s probably an off duty flight attendant.

So he decides to have a go at picking her up by identifying the airline she flies for thereby impressing her greatly. 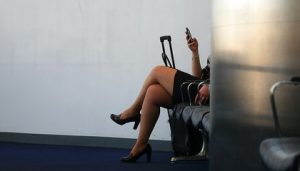 He leans across to her and says the Delta Airline motto: “We love to fly and it shows”. The woman looks at him blankly. He sits back and thinks up another line.

He leans forward again and delivers the Air France motto: “Winning the hearts of the world”. Again she just stares at him with a slightly puzzled look on her face.

The woman looks at him sternly and says: “What the heck do you want, moron?” “Ah!” he says, sitting back with a smile on his face. “American Airlines…”

An Overweight Blonde Visits a Doctor…

A blond becomes terribly overweight, so her doctor put her on a diet. “I want you to eat regularly for two days, then skip a day, and repeat this procedure for two weeks. The next time I see you, you’ll have lost at least five pounds.” 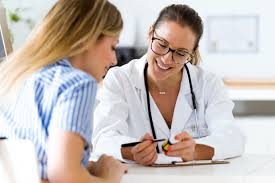 When the blonde returned, she shocked the doctor by losing nearly 20 pounds.

“Why that’s amazing!” the doctor said, “Did you follow my instructions?”

The blonde nodded… “I’ll tell you though, I thought I was going to drop de.a..d that third day.”

“From hunger, you mean?”, asked the doctor.”

“No, from skipping everywhere.” Man Asks Wife To Do It One Last Time. 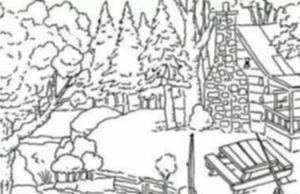