A gorilla walks into a bar and orders a martini.

This totally surprises the bartender, but he thinks, “Damn, I think I might as well make the drink.” So he mixes the martini.

Then he returns to give it to the gorilla, and the animal is holding out a twenty-dollar bill.

Well, now the bartender just has no words.

He can’t believe that a gorilla walked into his bar, ordered a martini, and then actually had a twenty-dollar bill to pay for it.

So, surprised, he takes the twenty and walks to the cash register to make the change.

While he’s standing in front of the cash register, he stops for a second and thinks, “Let me try something here and see if the gorilla notices anything.”

So he goes back to the gorilla and hands him a dollar change.

“You know,” he says to the gorilla, “we don’t get too many gorillas in here.”

The gorilla doesn’t say anything, he just sits there sipping the martini.

After a few minutes, the bartender just can’t take it anymore.

“You know,” he says to the gorilla, “we don’t get too many gorillas in here.”

And the gorilla says, “At nineteen dollars a drink I’m not surprised.” A blind man walks into a bar and finds his way to a barstool.

After ordering a drink and sitting there for a while, the blind man yells to the bartender, “Hey, you wanna hear a blonde joke?”

In a husky, deep voice, the woman next to him says, “Before you tell that joke, there’s something you need to know. The bartender is blonde, the bouncer is blonde, and I’m a 6′ tall, 200-pound blonde with a black belt in karate. Also, the fella sitting next to me is blonde and he’s a weightlifter. The woman to your right is a blonde and she’s a pro wrestler. Think about it seriously, mister. You still wanna tell that blonde joke?”

The blind man says, “Nah, not if I’m gonna have to explain it five times.” 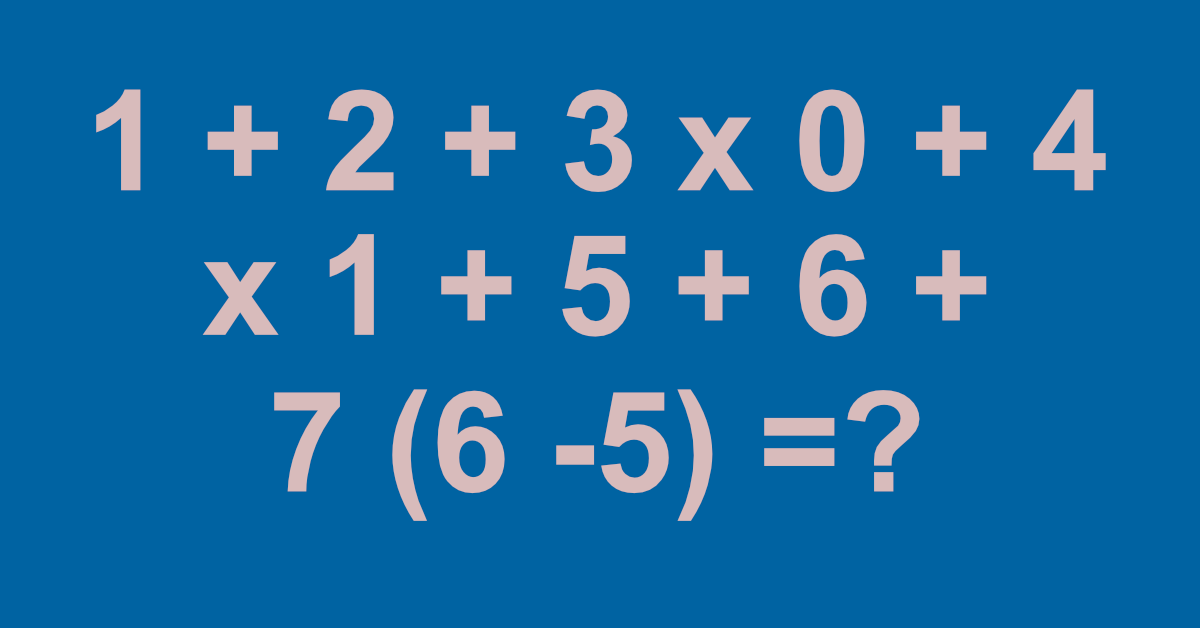 Are you clever enough to pass this tricky math problem?