A bush-pilot drops Bob and Ted, two hunters, at a remote lake in Northern Ontario.

He tells them that he’ll be back in a week, and warns them that his plane won’t be able to take off with more than one moose.

The next week he returns, and sure enough, the hunters have bagged two moose. The pilot tells them there’s no way they can take off with the two moose.

To which Bob adds, “Yeah, but maybe he wasn’t a total coward!”

Not wanting to be outdone, the pilot loads up everything and they start to move down the lake. The plane is gathering speed, but the pines on the shore are rapidly approaching. Finally, the plane gets airborne, but one wing clips the top of a tree. The plane spins, crashes into the trees, and breaks apart.

He finds him, and when he wakes him up Bob asks, “Do you have any idea where we are?”

Ted replies, “I think about 200 yards further than last year.” 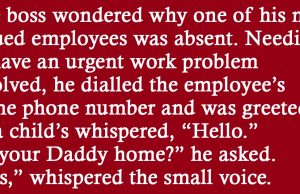 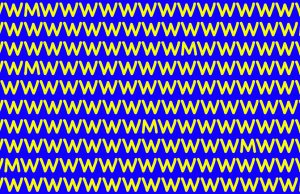 Only a few people pass this test: How many M’s can...