Wake Up Your Mind
Home Life A blonde gets her haircut while wearing a pair of headphones.
Share
Tweet 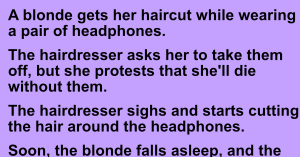 A blonde gets her haircut while wearing a pair of headphones.
The hairdresser asks her to take them off, but she protests that she’ll di…e without them.

The hairdresser sighs and starts cutting the hair around the headphones.

Soon, the blonde falls asleep, and the hairdresser removes the headphones.

A few minutes later, the blonde collapses, de//ad on the floor.
Alarmed, the hairdresser puts the headphones to his ear and hears, “Breathe in. Breathe out.” 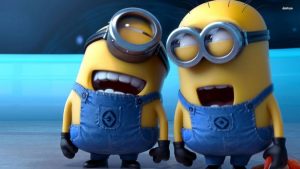 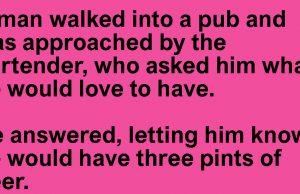 A man walks into a pub and orders three pints of... 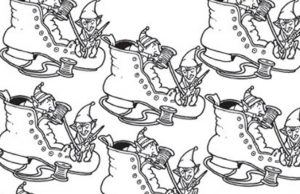 Which of These Pictures is NOT Like the Others?