After an interview, the Human Resources Officer asks a young engineer fresh out of MIT, “And what starting salary are you looking for?” 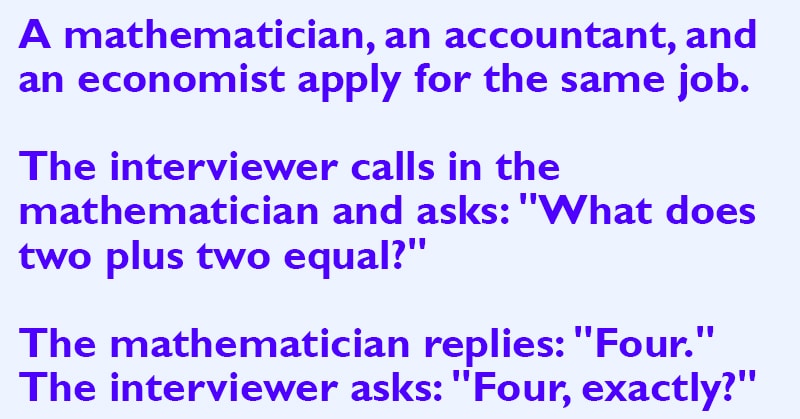 A mathematician, an accountant, and an economist apply for the same position.

The interviewer calls in the mathematician and asks: “What does two plus two equal?”

The mathematician looks at the interviewer incredulously and says: “Yes, four, exactly.”

Then the interviewer calls in the accountant and asks the same question. “What does two plus two equal?”

Then the interviewer calls in the economist and poses the same question. “What does two plus two equal?”

The economist gets up, locks the door, closes the shade, leans close to the interviewer, and whispers: “What do you want it to equal?”

The economist got the job.