An elderly man wants a job, but the foreman won’t hire him until he passes a little maths test.

“Here is your first question.” The foreman says.

And he proceeds to draw three trees.

“What is this?” asks the boss.

“Here is your second question. Use the same rules, but this time the number is 99?”

The man stares into space for a while, then picks up the picture that he has just drawn and makes a smudge on each tree, and hands it back.

The boss scratches his head and says.

“How on earth do you get that to represent 99?”

The old man stares into space again; Then he picks up the picture, makes a little mark at the base of each tree, and hands it back.

The boss looks at the picture of the man.

“You must be nuts if you think that represents a hundred?”

The old man leans forward and points to the marks at the base of each tree and whispers. This Riddle Is Driving The Internet Nuts! Can You Solve It? 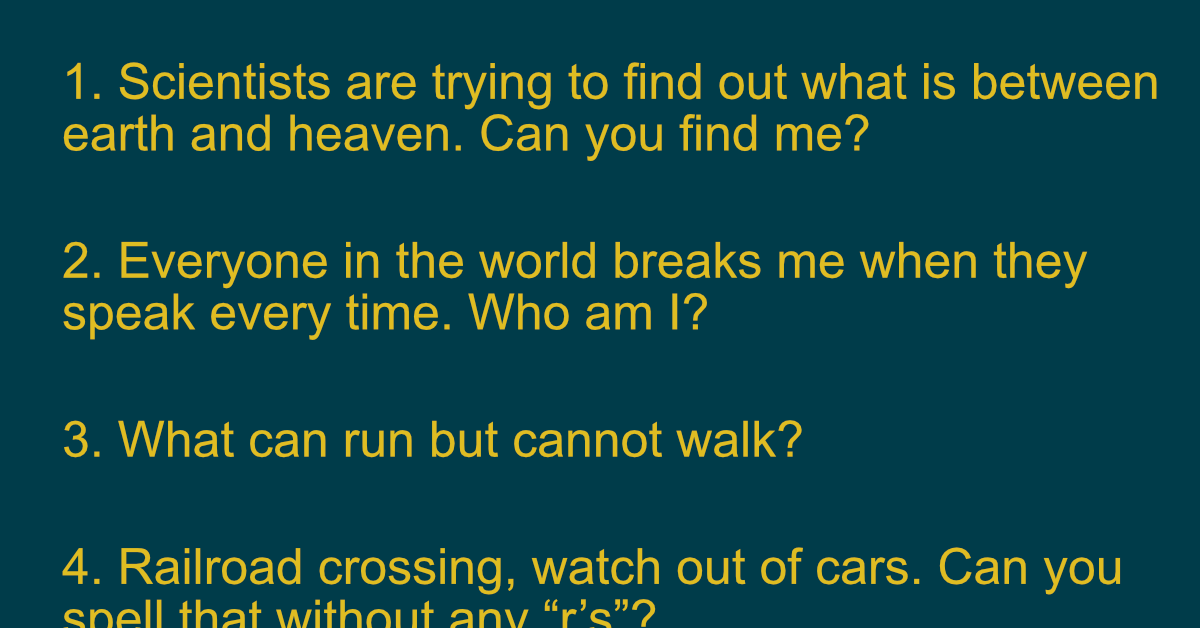 Funny Riddle: What can run but cannot walk?