A man walks into a Sydney City bank.

He approached the bank teller and asked him for a loan of $4,000.

The bank teller looked at him from head to toe and told him that the bank requires collateral before he could get the loan.

The man didn’t argue. He simply nodded his head and told the teller, “no problem.”

He went out and returned shortly to hand over the keys to a car to the bank teller.

With a calm expression on his face, he said to the teller, “Here are the keys to my car. You will see it outside. It’s a black Porsche parked in the back of the parking lot. ”

The bank teller was shocked but received the key in silence before handing over the $4,000 to the man.

A few weeks later, the man returned to the bank to pay off his loan and collect his car.

His interest was $11, and while he was paying it off alongside the $4,000 to the bank teller, the manager approached him and asked him for an audience in his office.

The man followed him and in the office, the manager said, “If you don’t mind if I ask … after you left, we checked your accounts and found out that you are a millionaire. Why would you need to borrow $4000?”

The man smiled and said to the manager, “Well, where can I park my car in Sydney City for three weeks for $11.” 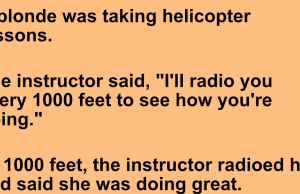