A man was heading home from work.

Unfortunately, the bus was canceled so he had to call a cab.

While in the cab, he noticed that the driver was missing a turn at an intersection.

The man gently tapped the driver on his shoulder and said, “Sorry Sir, but…”

The cab driver shouted: “AAAAAAHHHH!” and lost control of the car, nearly hit a bus, went up on the footpath, missed a biker, scraped a fire hydrant, and stopped just 1 foot from a department store shop window.

For a full 3 seconds, everything went quiet in the cab, then the driver slowly turned around and said, “Look, never do that again. You scared the living daylights out of me!”

The passenger apologized and said, “I had no idea that a little tap would scare you so much.”

The driver replied, “Sorry, it’s not really your fault. Today is my first day as a taxi driver. For 25 years I have been driving a hearse!”

No wonder he was surprised! An Indian taxi driver picked up a Japanese man from a hotel.

Along the way, they saw a Honda motorcycle overtake the taxicab and the Japanese man said, “A very fast motorcycle, made in Japan.

Then a Toyota car overtook the taxicab and the Japanese man said, “A very fast car, made in Japan.”

When they reached the destination, the fare was 1,500 rupees.

The Japanese man thought that the ride would only cost 500 rupees.

He asked the driver why the ride was so expensive.

The driver said, “A very fast meter, made in India.” 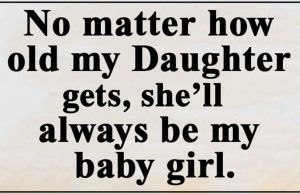 Is Your Vision Good Enough To Spot The Odd Symbol Out?