Bubba and Billy Bob were known for having quite a bit below the average smarts around Little Rock.

One day, in the Little Rock Walmart, they decided to get in on the weekly charity raffle. They each bought five tickets at a dollar a pop. 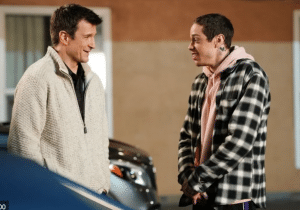 The following week, when the raffle was drawn, each won a prize. Billy Bob won 1st place – a year’s supply of gourmet spaghetti sauce and extra-long spaghetti.

About a week or so had passed when the men met back at Walmart.

Bubba asked Billy Bob how he liked his prize, to which Billy Bob replied, “Great!, I love spaghetti!”

Billy Bob asked Bubba, “How ’bout you, how’s the toilet brush?
“Not so good,” replied Bubba, “I reckon I’m gonna switch back to paper.”

The instructor said, “I’ll radio you every 1000 feet to see how you’re doing.” At 1000 feet, the instructor radioed her and said she was doing great.

Right before she got to 3000 feet, the propeller stopped, and she twirled to the ground. The instructor ran to where she crash-landed and pulled her out of the helicopter. “What went wrong?” The blonde said, “At 2500 feet, I started to get cold, so I turned the big fan off.” 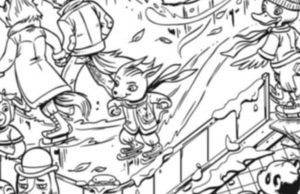 Search For These Things in This Hidden Picture. My Family is everything for me, I love them with all...