A young Australian couple recently moved to Florida and their first experience with the humid environment was the presence of insects and flies.

They had a lot to contend with outside of the new environment, and the husband decided to take it upon himself to deal with the flies. 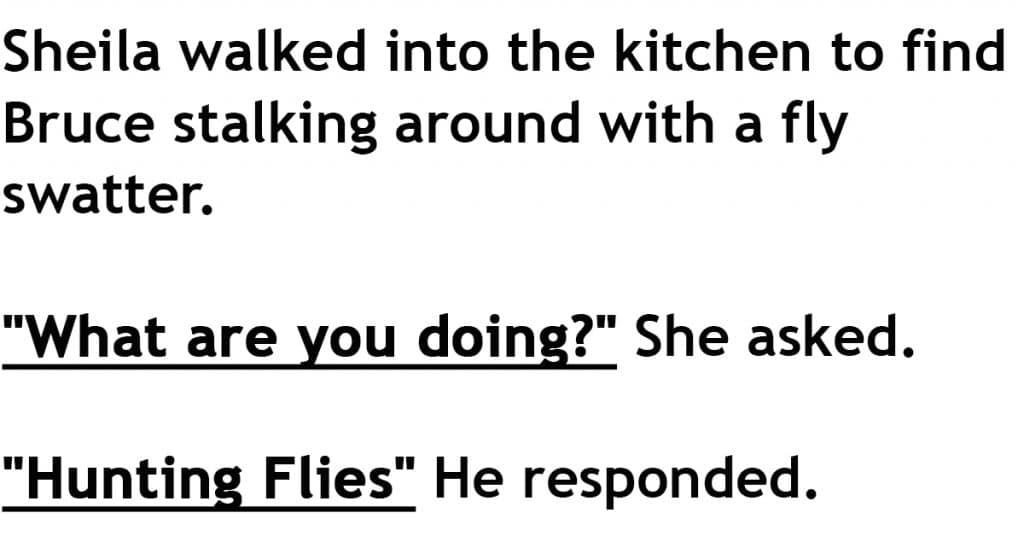 Sheila walked into the kitchen to find Bruce stalking around with a fly swatter.

“What are you doing?” She asked.

Intrigued, she asked. “How can you tell them apart?”

A Blonde calls her boyfriend and says,

“Please come over here and help me. I have a jigsaw puzzle, and I can’t figure out how to get started.”

Her boyfriend asks, “What is it supposed to be when it’s finished?”

The blonde says, “According to the picture on the box, it’s a rooster.”

Her boyfriend decides to go over and help with the puzzle. She lets him in and shows him where she has the puzzle spread all over the table. He studies the pieces for a moment, then looks at the box, then turns to her and says,

“First of all, no matter what we do, we’re not going to be able to assemble these pieces into anything resembling a rooster.”

He then takes her hand and says, “Secondly, I want you to relax. Let’s have a nice cup of tea, and then…”he said with a deep sigh …………

“Let’s put all these Corn Flakes back in the box honey.” A Day at The Beach: Find the Hidden Objects The Married Couple and the Gorilla.