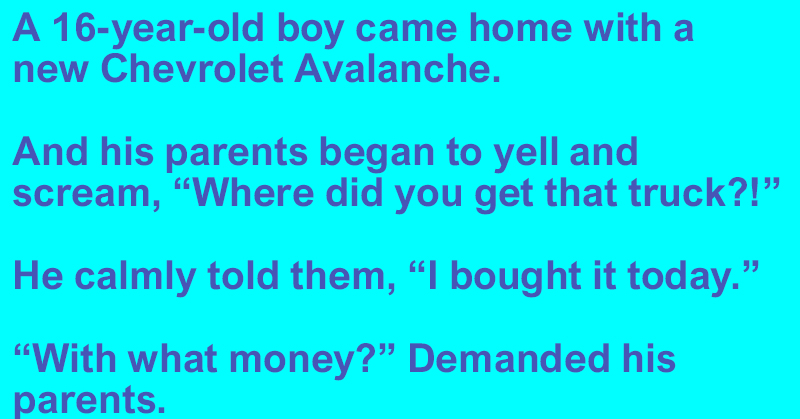 A 16-year-old boy came home with a new Chevrolet Avalanche.

And his parents began to yell and scream, “Where did this truck come from ?!”

“With what money? His parents asked.

They knew what a Chevrolet Avalanche cost.

“Well,” the boy said, “this one only cost me fifteen dollars.”

So the parents began to yell even louder.

“Who would sell a truck like that for fifteen dollars?” they said.

“I don’t know her name, she saw me ride past on my bike and asked if I wanted to buy a Chevrolet Avalanche for fifteen dollars.”

“Oh my Goodness!” moaned the mother. “Who knows what she will do next? John, you go right up there and see what’s going on.”

So the boy’s father walked up the street to the house where the lady lived.

And found her in the yard, where she quietly planting petunias!

He introduced himself as the father of the boy to whom she had sold a new Chevrolet Avalanche for fifteen dollars.

And wanted to know why she did it.

“Well,” she said. “I got a call from my husband this morning. I thought he was on a business trip but learned from a friend that he had run off to Hawaii with his mistress. And really doesn’t intend to come back. He claimed he was stranded and needed cash. And asked me to sell his new Chevrolet Avalanche and send him the money. So I did. ” 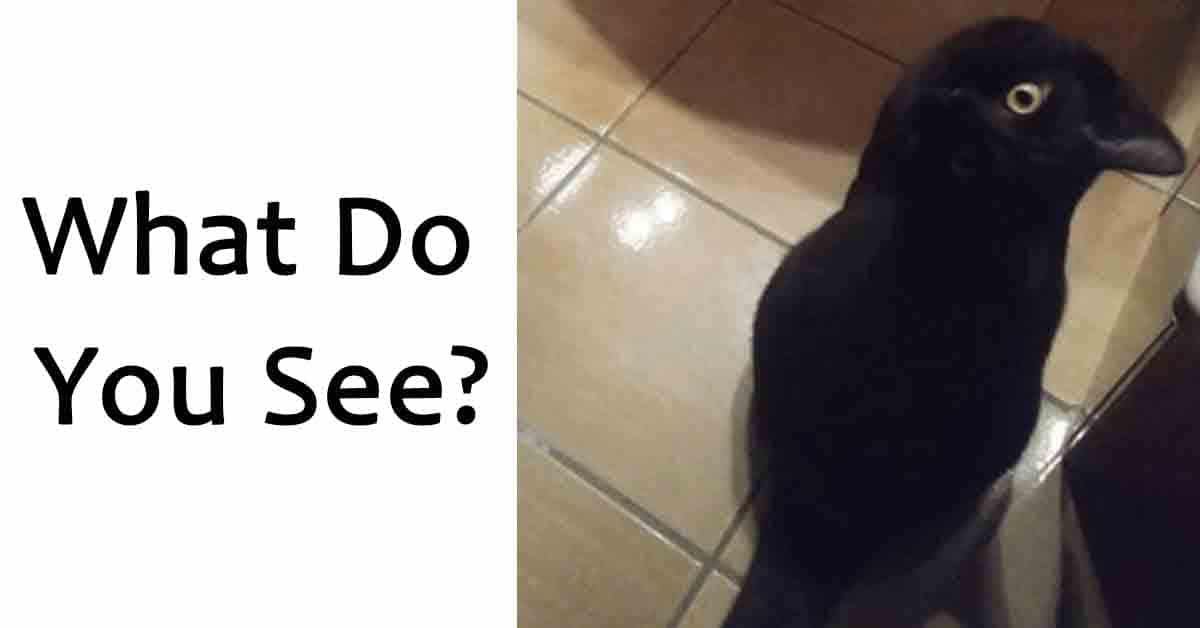 Most People See a Black Crow in This Picture? Find a PENGUIN Among the Toucans.