A couple had been married for 45 years and had raised a brood of 11 children and were blessed with 22 grandchildren.

When asked the secret for staying together all that time, the wife replies, “Many years ago we made a promise to each other: the first one to pack up and leave has to take all the kids.” 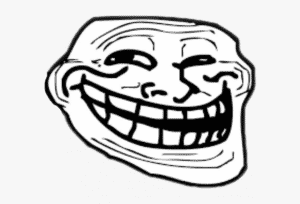 A man and a woman had been married for more than 60 years.

They had shared everything. They had kept no secrets from each other except that the little old woman had a shoe box in the top of her closet that she had cautioned her husband never to open or ask her about.

For all of these years, he had never thought about the box, but one day the little old woman got very sick and the doctor said she would not recover. In trying to sort out their affairs, the little old man took down the shoe box and took it to his wife’s bedside.

She agreed that it was time that he should know what was in the box. When he opened it, he found two crocheted dolls and a stack of money totaling $95,000. He asked her about the contents.

“When we were to be married,” she said, “my grandmother told me the secret of a happy marriage was to never argue. She told me that if I ever got angry with you, I should just keep quiet and crochet a doll.”

The little old man was so moved; he had to fight back tears. Only two precious dolls were in the box. She had only been angry with him two times in all those years of living and loving. He almost burst with happiness.

“Honey,” he said “that explains the doll, but what about all of this money? Where did it come from?”

“Oh, that?” she said. “That’s the money I made from selling the dolls.”

An Indian guy wants to get married.

His parents select three girls for him, and he goes on a couple of dates with each of them.

His friend asks him afterward, “How did it go?”

He says, “Well, they were all really nice. But I did something different. I gave each of them Rs. 50,000 to see how they spend it. I said surprise me when we meet after a week.”

Friend: “Okay, that’s weird…But what happened when you met them after a week?”

He says: “The first girl bought some new clothes, make-up, and jewelry and said she wanted to look good for me.”

“The second girl bought a new watch for me, and said it is your money, and I wanted to give something nice to you.”

“Third girl didn’t bring anything, but said she opened an investment account, which will help grow this money and help us in the future.”

Friend asked with utmost curiosity: “Well, whom are you marrying then??” Try to Figure Out Which ‘Clock’ Shows a Different Time Can you solve this math problem using nothing but regular school...