He awoke before the Pearly Gates where saint Peter said, “You died in your sleep Ralph.”

A woman takes her little boy to visit their dead relatives’ gravestones at a cemetery.

The little boy has never been to a cemetery before. The woman first takes her son her grandmother Annie’s gravestone.

READ
Find The Odd Hourglass in the Image.

The initials under Annie’s name say R.I.P. The little boy asks, “Mommy, what does R.I.P. stand for?”

His mother replies, “It stands for ‘Rest in Peace.’ That means we wish for Grandma Annie’s spirit to find peace in the afterlife.”

Then, they come across the gravestone of the woman’s uncle Joe. The little boy asks, “Mommy, what does R.I.H. stand for?”, pointing to the initials printed under Uncle Joe’s name.

“We really didn’t like Uncle Joe.” Said his mother. Very few people can do it: Can you spot which Mickey... 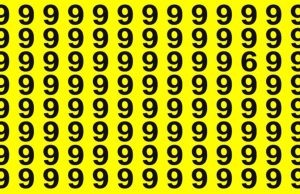 Can You Spot The Odd One Out?