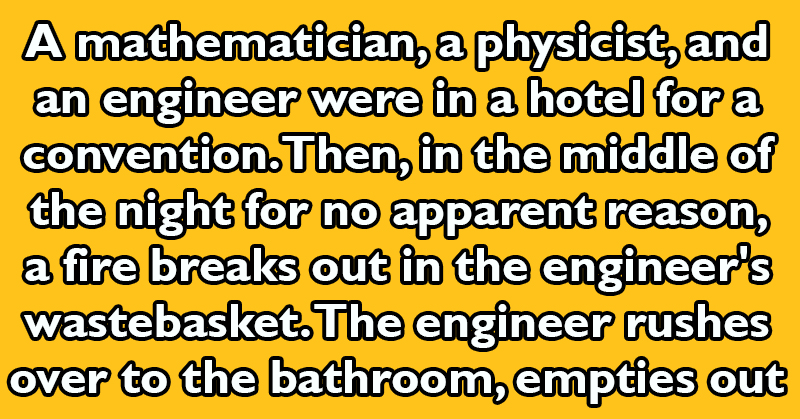 A mathematician, a physicist, and an engineer were in a hotel for a conference.

Then, in the middle of the night, for no apparent reason, a fire breaks out in the engineer’s wastebasket.

The engineer rushes into the bathroom, empties out the ice bucket, fills it with water, and pours it into the trash can, dousing the fire.

Satisfied that the problem was solved, the engineer goes back to sleep.

Shortly after, a fire breaks out in the physicist’s wastebasket.

The physicist rushes into the bathroom, whips out his calculator, does some calculations, pulls out a cup, fills it to a precisely measured level, and rushes back to the wastebasket, pouring the water onto the fire.

As the last drop hits the flame, the fire goes out.

Satisfied that the problem was solved, the physicist goes back to sleep.

Finally, a fire breaks out in the mathematician’s room.

The mathematician rushes to the bathroom, sees the ice bucket, sees a cup, sees the water faucet.

Satisfied that the problem could be solved, he goes back to sleep. 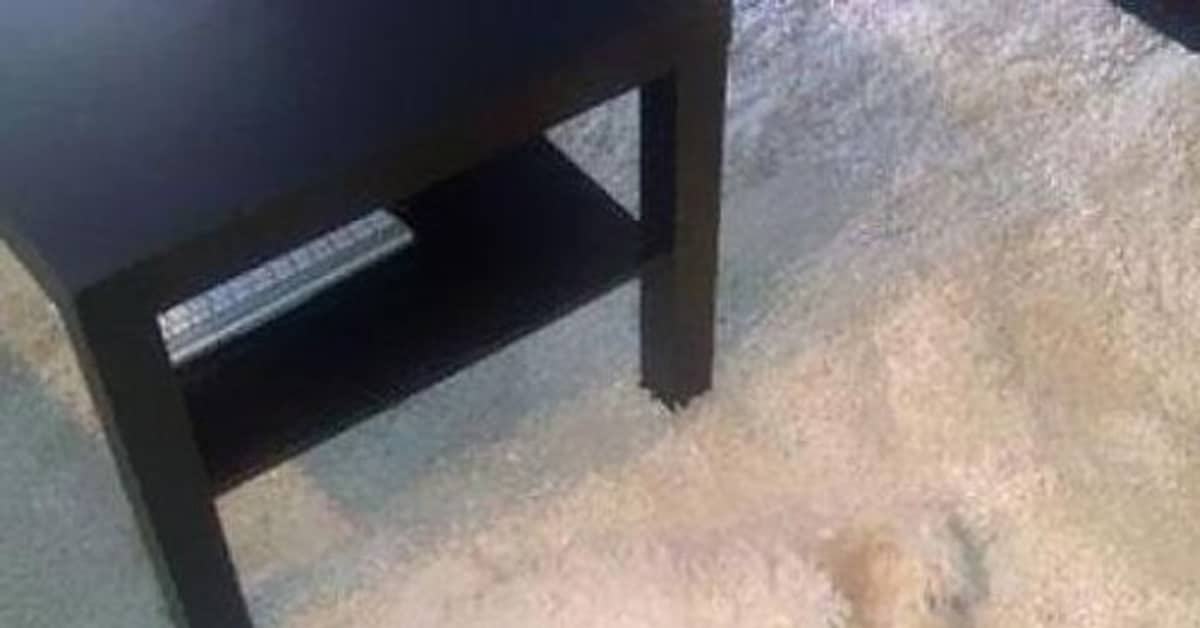 This Illusion Will Make You Smile. Most people can’t handle it: Let’s see if you’re able to...