Billy said proudly, “My aunt has a sweater with 10 buttons, but her b**bs are so big she can only fasten eight.”

I kept thinking, “Oh Lord, that child has had an accident and I didn’t have any clothes with me.” Then I said, “Matt, are you sure you did not have an accident?

I just knew that he must have, because the smell was getting worse. Sooooo….I asked one more time, “Matt, did you have an accident?”

Matt jumped up, yanked down his pants, bent over and spread his cheeks and yelled…. “SEE, MOM, IT’S JUST FARTS!!!” While 100 people nearly choked to death on their tacos, he calmly pulled up his pants and sat down to eat his food as if nothing happened. I was mortified!

Another old gentleman stopped us in the parking lot as we were leaving, bent over to my son and said, “Don’t worry son, my wife accuses me of the same thing all the time…I just never had the nerve to make the point like you did. 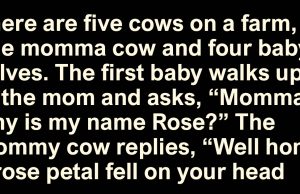 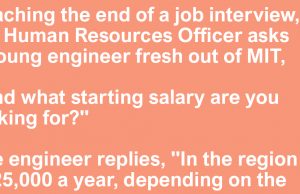